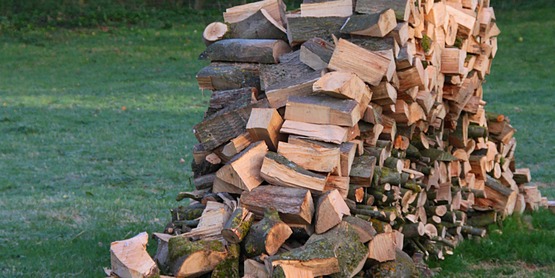 Never burn anything other than seasoned firewood in a wood stove.

Before striking the first match or even setting the first piece of firewood in your wood stove, be sure to read your owner's manual. In most cases, your wood stove manual will provide excellent guidelines for the best way to get-and keep-a fire going, along with how to operate your wood stove optimally and what practices to avoid. Be sure to install a carbon monoxide (CO) detector in addition to smoke detectors-each year (CO) from household appliances, including wood stoves and other types of heaters, kills roughly 500 people and sends another 15,000 to emergency rooms in the United States alone.

When talking about best burn practices, we focus on wood stoves, because their efficiency, emissions, and safety can depend largely on how they are used. By contrast, pellet stoves burn a relatively uniform fuel and rely on controls for a more complete combustion. Some units are better designed and have better controls than others, which results in the variety in efficiencies and emissions, but, for the most part, the operator does not have to do very much to make them perform the way they were designed to. Wood stoves, on the other hand, have to be used optimally to reach the efficiencies and emissions at which they are rated, and the operator can greatly influence the unit's operation.

Similar to wood stoves, the performance of outdoor wood boilers (OWBs) can be greatly affected by the operator. In early 2011, the New York State Department of Environmental Conservation (DEC) issued regulations governing OWBs. These mainly deal with specifications for any new units sold in the state, but they are worth looking at if you have an older unit, because they offer guidelines for minimizing emissions from these units. Requirements that would phase out older units did not make it into the final regulations. The information that follows for what can and should not be burned in a wood stove is also applicable for OWBs.

After choosing a high-performance unit, the most important thing you can do to ensure you are getting the most heat and the least emissions from your wood stove is to burn only fully seasoned wood: wood that has been properly dried for at least six months and has reached a moisture content of about 20% or less. Seasoned wood burns much more efficiently, resulting in less wood consumption and far less particulate matter emissions. Basically, burning fresh or wet wood pollutes more and is a waste of money because it takes energy-in the form of burning wood-to boil off the excess water.

Burning wet or green wood also results in more creosote buildup in your stovepipe. Creosote is a tar-like substance consisting of oils that didn't completely burn in the woodstove. These oils can condense on the pipe and become a serious fire hazard. As the creosote builds up it's likely to ignite, creating a chimney fire.

You may hear a lot about burning the right kinds of wood. Hardwoods such as oak, hickory, and black locust provide the most heat per weight, but as long as the wood is dry, a small amount of softwoods is okay. Softwoods such as poplar, aspen, and spruce are also good for milder spring and fall weather because they burn quickly and light easily.

Among the most important things not to do is put anything in your wood stove that shouldn't be burned. It can not be stressed enough, so we'll say it again: except for a small amount of newspaper (no colored, slick inserts!) to start the fire, never burn anything other than seasoned firewood in a wood stove. Junk mail, bills, glossy magazine pages, and wet or rotting wood may seem like reasonably good fuel, but they all burn poorly and release high levels of particulate matter, which contains dangerous particles that can enter your lungs but can't escape. This can cause a host of health problems, including asthma and other respiratory diseases and cardiac issues and they can even damage your immune system.

Other items commonly burned in wood stoves are even worse. Never burn any of the following:

In New York State, as of October 2009, "burning household trash, whether in an open pit, burn barrel or a wood stove is illegal." That includes any of the items listed above. There's a good reason it's illegal: the number of toxic chemicals these materials release into the air when burned could make your head spin-and literally could land you in the hospital. They include:

Another important consideration when burning firewood concerns the bugs that may be living in your wood. In some areas of the country, highly aggressive invasive species have destroyed large areas of woodlands. In an attempt to control the spread of insects such as the emerald ash borer, hemlock woolly adelgid, and the Asian longhorned beetle, in New York State, it is illegal to move firewood more than 50 miles from where the tree was harvested. That means that not only should you be aware of where your firewood is coming from but that you should never take firewood on camping trips if you're moving it more than 50 miles. (For more information, visit the Don't Move Firewood web site, a collaborative program of several groups that is administered by The Nature Conservancy.)

When you bought your wood stove, you probably noted its efficiency. That number was reached through tests conducted in a controlled laboratory environment. As mentioned above, real-world efficiencies are very dependent on the operator-how you use your wood stove greatly affects both its efficiency and emissions.

To build an efficient fire, first, always make sure the dampers are completely open. Then, pile up a small amount of kindling in a crisscross or pyramid pattern (see Figures 1 and 2). Use smaller pieces on the bottom, working up to pieces 2" to 3" in diameter at the top. Stacking the kindling on a small amount of crumpled-up newspaper will make things easier, but remember, no glossy inserts, magazine pages or junk mail.

One of the most common fears of any wood stove owner is not getting the draft going on first firing up the woodstove, leading to a billow of smoke in the house. To get a strong draft started, try twisting up a piece of newspaper so it's a couple of feet long and light the end. Hold it high inside the wood stove firebox and, after a few seconds, carefully light as much of the rest of the newspaper as you can. Then, place the twisted-up piece on top of the kindling pile and gently close the door.

Another problem that is sometimes hard to avoid is catching a backdraft, which occurs when it's windy outside. While it's no guarantee if you feel a draft coming down the stovepipe when you go to light the fire, try keeping a door or window near the woodstove open for a minute or two while you start the fire.

Once the kindling has caught and the fire is burning brightly, you can load more wood. Always open the woodstove door slowly, to prevent a sudden backdraft of smoke into the house. It's important to allow for plenty of air circulation and to never let the fire smolder—maintain a bright, strong fire. An inexpensive stovepipe thermometer is a good way to ensure the fire is staying in the right temperature range. The wood stove should be allowed to burn the wood as completely as possible. If the fire is damped down too far it can't get enough air and it will burn inefficiently and produce a lot more smoke.

Remember, if you see smoke, you're not getting the most heat value from your wood, creosote is likely condensing on your stovepipe, and you and your neighbors are breathing potentially toxic pollutants.

Firewood Transport Rules were revised August 2012 to improve regulatory compliance and enforcement. The existence of this regulation helps prevent firewood infested with invasive insects such as emerald ash borer and Asian longhorned beetle from being transported throughout the state, destroying trees from one place to another.

Cornell's ForestConnect provides forest owners with educational resources to help them make decisions about the management of their property. 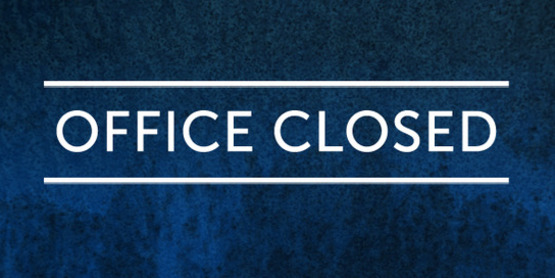